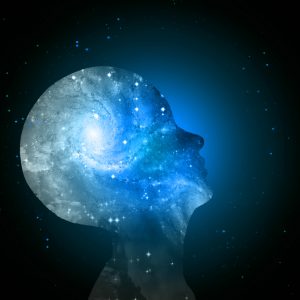 So far as I can discern, the term ‘archetypal cosmology’ originated with Archai: the Journal of Archetypal Cosmology, which was the brainchild of Richard Tarnas, Keiron Le Grice, and a group of scholars associated with the California Institute of Integral Studies in San Francisco. The inaugural issue was released online in late 2009. According to the editors of Archai, “Archetypal cosmology includes the study of correlations between cyclical alignments of the planets and archetypal patterns in human experience, but goes beyond this to address the theoretical basis of these correlations and their implications for a wider world view.”1

In November of 2009 and prior to discovering the Archai journal, I had begun developing a Certificate and Master’s Degree program at The Graduate Institute (TGI) in Bethany, Connecticut. The main focus of the program was on archetypal astrology but also drew upon diverse traditions in science, philosophy, and religion to examine the nature and development of human consciousness from a cosmological perspective.

At the heart of the program was a question: If astrology works, what does this imply about the nature of the Universe? How can correlations between psyche and cosmos best be explained? A variety of models formed the foundation of the study, ranging from the Neoplatonic philosophy of ancient Greece to chaos and complexity theories of post-modern science. Human change processes were  to be examined from multiple perspectives, including developmental theory, transpersonal psychology, and archetypal astrology.

Students would identify incremental stages of growth and explore how consciousness evolves through stages and crises that correlate with planetary cycles. Most importantly, emphasis was placed on traditional wisdom that depicts the Universe as a great chain of Being—a living, conscious, purposive whole in which lower levels reflect by virtue of their internal constitution the greater Being of which they are a component part. This, of course, is the ancient doctrine of the Macrocosm and the Microcosm, which purports that human consciousness is both an extension and reflection of a transcendent intelligence that is immanent within all natural processes.

In Search of a Name
After the courses and general framework of the TGI program were established, the only question was what to call it. We wanted a name that would honor the astrological content of the program and reflect its cross-disciplinary status as an emerging field—yet, not wave a red flag that could jeopardize its authorization by state agencies.

Upon reading the Archai journal and its definition of archetypal cosmology, it was obvious we were talking about the same thing. Synchronistically, both Archai and The Graduate Institute were describing a new, multi-disciplinary field of study that combined archetypal astrology with multiple other disciplines—depth psychology, history, philosophy, consciousness studies, mythology, cultural studies, the arts, biography, and the new sciences. In the inaugural issue of Archai, the opening article by Keiron Le Grice announced, “The Birth of a New Discipline”. Indeed, this was exactly what we were doing at The Graduate Institute: participating in the birth of a new discipline, heralding an emerging field.

The pairing of ‘archetypal’ and ‘cosmology’ is significant. Archetypes are akin to Ideas in the mind of a divine Being, universal patterns of meaning that serve as templates for phenomena at every level of the Universe. They not only inform and animate the psyche, but are operative in planetary movements, biological processes, everyday events, societal institutions, and virtually anything we can experience as human beings.

Archetypes are metaphysical principles that constitute the hidden, generative matrix of life, the within of things, the interiority of the Universe. As such, the word ‘archetypal’ alludes to the imaginal, symbolic capacity of the mind to make meaning by constructing stories that serve as metaphors for deeper, underlying principles that exist beyond our senses or rational intellect. Archetypal language harkens back to earlier periods in human history when myth and story were our primary means for making sense of the Universe.

Conversely, the word ‘cosmology’ refers to the scientific study of the origins and structure of the Universe, and relies upon an objective, empirical way of knowing to gain a more precise, material understanding of that which unifies and is fundamental. For most of human history, cosmological thought was formulated in mythological, religious or philosophical language, but more recently has become a science that combines astronomy, physics, and biology into a grand, all-encompassing account of the Universe as a whole.

Cosmology is the big picture, the mighty frame that pulls together all the pieces of the jigsaw puzzle into a comprehensive model. It is important to understand that cosmology is not simply astronomy; it is the study of cosmic forces and processes such as space, time, and evolution; it examines the evolution of energy into matter and matter into consciousness. It investigates the physical constituents of that which is infinite and eternal—the constants of Nature, laws that endure over long periods of time, non-local forces that extend over large regions of space.

Whereas cosmology is the rational study of all that is, archetypology is the imaginative study of the Universe. One deals with the without of things, the other with the within. As an emerging field, archetypal cosmology bridges these two styles of reasoning—the objective/rational with the imaginal/symbolic—in a kind of sacred marriage that yields a fuller, non-dual, panpsychic understanding of the relationship between psyche and cosmos.

Archetypal cosmology directly implies that all objective bodies in the Universe—from planets to subatomic particles—possess an interior, subjective reality. Nature has a within and a without; it consists of external bodies with internal experiences analogous to feelings, ideals, and intentions. The very words ‘archetypal cosmology’ suggest that the Universe has an inner and outer dimension, mirror images of the one reality that is both Psyche and Cosmos.

Clearly, archetypal cosmology covers a lot of ground. It provides a model of the Universe; yet, is a personality theory, too. It has philosophical ramifications, but also constitutes a research methodology. As a way of understanding people and working with clients, it extends to the practice of counseling. Given the complexity of archetypal cosmology, it might be useful to summarize some of its main features.

2. Aspires to methodological rigor and epistemological humility in knowledge claims—thus, is research oriented, evidenced based, and value-neutral

4. Situates astrology within an archetypal ground, defining archetypes as cosmological principles that are both transcendent and immanent, and which shape, inform, and animate Nature at every level, within and without

5. Recognizes the multidimensionality, intra-dimensional variability, and polyvalence of astrological archetypes, which underscores their inherent indeterminism

6 Emphasizes the co-creative, participatory role of the psyche in shaping behavior and attracting formative experiences, thus highlighting the self’s responsibility for its continually evolving fate

7. Establishes synchronicity as the key to understanding feedback relations between internal and external reality (as symbolized by the horoscope); and for overcoming the modern dichotomy of a living, purposive, evolving self embedded in a dead, random, mechanistic universe

8. Draws upon science, philosophy, and religion in formulating a theoretical basis for the observed correlations between psyche and cosmos, thus paving the way for a broader world view

9. Focuses on the interiority (ensouled nature) of the cosmos—its consciousness, intelligence, and apparent teleology—and how this interiority is both the ground of psyche and the basis for an interconnected, evolving cosmos that is hierarchically structured and holonomically organized

While these nine essential features could be fleshed out and more fully explained, I trust they suffice to provide a quick glimpse into the general nature of archetypal cosmology.

Conscious Evolution
While conscious evolution is not a formal feature of archetypal cosmology, it constitutes a natural complementation. Conscious evolution can be defined as the intent to cooperate with an evolutionary process inherent in nature. Since archetypal cosmology recognizes that evolution is a key feature of the Universe, an implicit goal is to facilitate the evolution of consciousness through archetypal pattern analysis. This involves analysis of the central archetypal dynamics operating in an individual’s life as symbolized by the birthchart and as manifest in their character and everyday experiences. Archetypal pattern analysis also addresses individual responses to personal transits as well as collective human responses to world transit.

As the art of prognosis, astrology utilizes planetary movements for predicting the quality, meaning, and duration of specific time periods. Rather than simply describing event-outcomes, however, planetary movements can be depicted as windows of opportunity for the actualization of natal potentials. Concrete events both reflect and serve as catalysts for changes in awareness; thus, planetary movements can provide insight into the precise timing of developmental processes, allowing us to appreciate how inner and outer reality coincide, reflect, and transform each other.

In 2012, the TGI program in Archetypal Cosmology morphed into a two-year Diploma Program at the Academy of AstroPsychology (AAP). Courses at AAP include not only the history and theory of astrology, but also how astrology can best be utilized in a counseling setting. Students learn astrology as a psychological language, diagnostic tool, and developmental model.

Again, astrology’s value as an aid to conscious evolution is especially emphasized, most notably through experiential work that combines archetypal pattern analysis with personal mythology. Support for conscious evolution is built into every course, encouraging students to collaborate with planetary cycles toward the unfoldment of their highest potential. Such an approach infuses the learning of astrology with tremendous, personal significance.

3 During application for regional accreditation in 2011, the Graduate Institute was informed by the New England Association of Schools and Colleges (NEASC – their accrediting agency), that accreditation would not be possible so long as they were offering an MA program in astrology. Accordingly, the program at the Graduate Institute was transferred to the Academy of AstroPsychology as a non-degree Certificate and Diploma program that began in September, 2012. For more information, go to: www.astropsychology.org