The Archetypal Origins of Motivation

Last week we discussed how Maslow’s hierarchical system of needs conforms to the structure of the zodiac. Each sign signifies a basic human need, and these needs proceed hierarchically in accord with the sequence of the zodiac. As intrinsic motives, earlier sign-needs take precedence over later sign-needs in that they must be at least partially fulfilled before later needs will assert themselves. In this column, we’re going to take a more philosophical view and discuss the origins of consciousness and, thus, the root source of human motivations—what I call archetypal motivation. 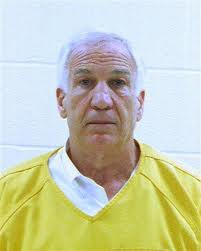 We will also take a brief look at the case of Jerry Sandusky, the infamous Penn State football coach and serial child molester recently convicted of 45 counts of sex crimes against young boys. Sandusky’s chart dramatically reveals what can happen when a basic human need is repressed and projected.

Motivation and the Universal Psyche
In my previous column, I noted how early theories of motivation were based solely on physiological drives. These original models were subsequently replaced by theories of intrinsic motivation that had no clear physiological basis. The question arises: if basic needs are not mere by-products of physiology, then where do they come from?

Jung’s (1960) concept of archetypes suggests an answer. Through study of religions, myths, and fairy tales of different cultures, Jung discovered that the contents of individual consciousness—dreams, fantasies, wishes, impulses, and thoughts—seemed rooted in a collective consciousness shared by all human beings. Deeper levels of the mind hinted at an objective psyche belonging to the entire human race rather than being solely the personal and subjective property of a particular individual. Jung’s term for this was the collective unconscious, or objective psyche, since it contained material that was not simply repressed but may never have surfaced into individual awareness.

Jung noted that when the structures of the collective unconscious do surface into awareness, they tend to clothe themselves in the images and symbols of one’s particular culture; yet, they conform to certain universal patterns that can be observed in all cultures. He called these patterns archetypes and thought them to be innate structures of human consciousness. In fact, Jung referred to the archetype as “the self-portrait of the instinct” because, as a primordial image, it was symbolic of fundamental human needs as manifest in patterns of emotional and mental behavior.

While Jung postulated that archetypes were structural elements of the psyche, this is a specifically psychological term for a concept that links human consciousness to a much broader and deeper consciousness. In Neoplatonic philosophy, universal consciousness is called Psyche. Plato alleged that the One Universal Mind manifested certain incorporeal forms called Ideas that are the models or archetypes of all things having substance.

Whereas Jungian archetypes are thought to be formal principles of the human psyche, Platonic archetypes are regarded as the essential principles of reality itself. These Forms or Ideas were said to have their eternal abode in monads – irreducible units of divine essence commonly referred to as “gods”. And the gods themselves resided in that which is their common source, monads within the one Supreme Monad.

Issuing forth from these divine Ideas and flowing downwards through the hierarchy of Being, a spiritual energy impregnated Nature with certain patterns on mental, biological and physical levels. The order and content of the world, therefore, depended upon an intelligible sphere replete with Ideas that, in varying combinations, gave form and substance to the myriad phenomena of life. The visible Universe was a huge organism ensouled by a divine Mind, out of which emerged certain formative principles that became the generative matrix for all natural phenomena.

By reducing the Platonic Form to a structur­al element of human consciousness, the Jungian archetype is, in effect, a sort of localization of a transcendent pattern that exists in Nature as a whole. The point is that an archetype cannot be reduced to merely some­thing within the psyche, for this is still a local concept. The archetype is without as well, an animating and formative pattern of Nature that binds individual souls to the cosmic soul.

The origin of human motivation, therefore, is not the body; nor can it be, strictly speaking, the mind. The origin of psychological motivation is the Universe itself. Neoplatonic philosophy regards archetypes as dynamic ordering principles that generate the structure of the Universe at all levels. Motives that animate human beings, therefore, also animate the Universe. Needs that impel human behavior have their parallels in animal instincts, patterns of plant growth, and may encompass the whole of life and possibly even beyond, into matter, too.

As the ultimate cause behind all movement in Nature, the one Universal Psyche was thought to be present as a creative pressure in all creatures, both animate and inanimate, as well as being the final goal toward which all life moved by natural inclination. Such movement was not impelled by intellectual resolution, or conscious design, but by the simple and inevitable impulse to release all available potentials.

Archetypal Motivation as Images of Sign-Needs
Recall that Jung considered the archetype to be an element of soul that manifested principally through image—a fairy tale animal, dream symbol, mythic character, religious icon, and everyday figures such as mother, father, or sibling. Conversely, Maslow (1968) alleged that instinctual needs such as survival, safety, belonging, and self-esteem are the motive springs of human consciousness.

In our astrological model, these terms are more or less equivalent. To paraphrase Jung, the archetype is the self-portrait of the need; it is an image, or symbol, of a human motive—what I am calling an archetypal motive. An Aries-Mars warrior, for example, symbolizes the universal human need for freedom and survival; one fights for the right to be, to exist. In Figure 1 below, I list a few examples of characters that symbolize corrolary sign-motives.

While Jung never organized his system of archetypes into a precise model of clearly defined motivational correlates, it was clear that he regarded archetypes as motivating dynamisms, transindividual entities that were attributes of a Universal Psyche and the human psyche. Each archetype is an autonomous, dynamic nucleus of concentrated psychic energy – a god within – that is inherently intelligent and intentional. Archetypes, in effect, are the innate ideas of both psyche and cosmos; human beings are populated by Forms that shape our thoughts, feelings, and perceptions.

Capricorn, for instance, constitutes an instinct for hierarchy, order, and structure. Its inner promptings are not merely felt, but conceived and enacted; certain thoughts and behaviors are inherently Capricornian. As an inborn drive, however, Capricorn is also an extension of a dynamic principle that can be observed at every level of the Universe, from atoms arranging themselves into complex, hierarchical structures—molecules, cells, and organisms—to planets organizing into solar systems, solar systems into galaxies, and galaxies into galactic clusters ad infinitum. “Infinity yawns at both the top and bottom of the stratified hierarchies of existence,” writes Arthur Koestler (1978, p. 67).

What we are proposing here is that zodiacal signs and their respective ruling planets constitute a twelve-drive model that connects human motivation to core archetypal processes that are immanent at every level of Nature. Every psychological need is a derivative of a basic organizing principle in the Universe. As a symbol of a universal principle, an archetype cannot be precisely defined or reduced to a single image, for there can be more than one image for any motive just as there can be more than one word for a need.

As a symbol of transformation, for example, a Scorpio archetype might manifest as a shaman (one who transforms), a villain (one who needs to be transformed), or a monster (representing fear of transformation). Likewise, as a symbol of the need for change and liberation, Aquarian characters include tricksters, rebels, mad scientists, and eccentric oddballs. Obviously, we do not run into all of these archetypal characters in real life; monsters, thankfully, are confined to the landscapes of our dreams. The point is that every archetypal manifestation is a metaphor for a motive, and often depicts the degree to which that motive is integrated within the psyche.

The Perils of Non-Integration
For example, if the Scorpio archetype is dishonored so that the individual suffers an unreasonable and excessive fear of transformation, then that archetype is likely to manifest in a behavior or event that takes a monstrous form—murdering one’s spouse, molesting a child, becoming a victim of a violent crime, or other unpleasant manifestations that characterize an unintegrated Scorpio-Pluto.

A good example is the recently convicted pedophile and former Penn State football coach, Jerry Sandusky, who has Sun in close opposition to Pluto. As the ruler of Scorpio and thus symbolizing the function of transformation, Pluto is set off against the principle of will, or intentionality (the Sun). This suggests that Sandusky’s free-will and ego-identity is in conflict with his Pluto function.

If functioning properly, a Sun-Pluto opposition confers power rooted in a willingness to be transformed via relations with others; that is, to suffer the death and rebirth of the self. This requires a willingness to be vulnerable, which literally means “able to be wounded”. If however, the Sun has not integrated Pluto, then the aspect typically manifests in the form of something or someone that is threatening to the ego. The individual may defend against the threat via reaction formation; that is, behaving in ways that are opposite of how one actually feels. If a man feels powerless and vulnerable, he may act powerful by overpowering a vulnerable other. In other words, beat fate to the punch by doing to the other what is feared will be done to the self. 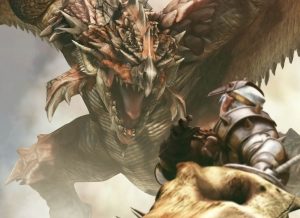 Very often this entails an abuse of power in which the native feels compelled to violate and dominate a smaller, weaker person. In Sandusky’s case, it meant becoming a monster that lures unsuspecting boys to his liar and then anally rapes them. Such unconsciously motivated behavior seems to be saying: “Better you than me; I’m powerful and you’re not.” It is, in effect, compensatory to an inner feeling of impotence that might have its origins in an earlier repressed trauma of being overpowered. While the psychological basis for such behavior is complex and cannot be readily explained in a few simple paragraphs, suffice to say that Sandusky’s case illustrates what can happen in extremis when someone has not adequately integrated a fundamental human need.

In a subsequent column, we will examine motivation in the context of circular causality. From a synchronistic perspective, external events may actually be extensions of internal, motivating factors which, in turn, are linked to cosmic powers that are inherently intelligent and intentional.

To study these ideas in the context of a comprehensive, astrological model, please see my books: An Introduction to AstroPsychology and Depth Analysis of the Natal Chart.