Aries as the
Sensorimotor Stage of Development 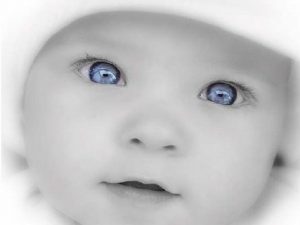 In a previous article, I introduced the idea of the zodiac as a natural developmental stage model. Each sign-stage is one year longer in real time than the prior sign-stage. Starting from birth, Aries lasts two years (0-2), Taurus three years (2-5), Gemini four years (5-9), and so on. This way of conceptualizing signs is unrelated to planetary sign positions. In other words, it is not about Sun signs or Moon signs, but signs as pure archetypal entities.

Over the last few decades, I’ve been correlating sign-stages with research that’s been done in developmental psychology. One of the pioneers in this area was Jean Piaget (1896-1980) who spent a lifetime observing how children gradually come to acquire, construct, and apply knowledge. Piaget’s model of cognitive development covers birth through adolescence, which he divides into four stages and several substages. First is the sensorimotor stage, so named because infants predominantly learn through moving (motor skills) and experiencing the world through their five senses (sight, sound, touch, smell, and taste). The duration of Piaget’s sensorimotor stage correlates exactly with the Aries stage in our AstroPsychology model; that is, birth through age two.

This is noteworthy as Aries signifies needs for survival, autonomy, freedom, movement, and novelty. Aries is the part of us that hungers for raw experience. It is typically described as lively, aggressive, always on the move, action oriented, and adventurous, just like a newborn. In its verb form, Aries-Mars signifies to go, do, move, assert, and begin. Notoriously impatient and egocentric, Aries’ experience of time and space can be summarized as “me, here, now”. The instinctive, impulsive, and spontaneous behavior for which Aries is renowned is consistent with the contracted time-space framework that characterizes the infant’s perceptual world. 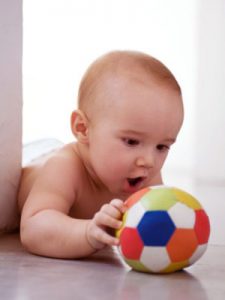 In fact, there is virtually no Aries trait that is not likewise reflected in infant behavior. According to Piaget, infants construct an understanding of their environment by coordinating sense experiences with physical, motoric actions. Knowledge is acquired by interacting physically with objects through seeing, hearing, touching/grasping, smelling, and mouthing. Infants develop knowledge about the relationship between their bodies and external world by experiencing the sensations associated with motor actions, such as tasting a bar of soap or pushing a ball across the room. Awareness is relatively limited to sensory perceptions and motor activities; that is, what the child can do, or not do. They discover that some objects, for instance, are not food, and other objects do not roll. This type of knowledge is purely experiential. 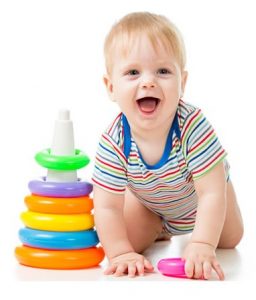 Just as Aries seeks adventure, so infants evidence an instinctive pursuit of novelty. Things that move, like mobiles, are a primary source of interest. This seems to mirror the infant’s preoccupation with developing its own sense of agency; that is, the sense that he or she can initiate events and make things happen, such as shaking a rattle and hearing the sound. The infant needs to know that it, too, can move, make sounds, go and do things. It can grab and smash and throw on impulse. What fun!

Like Aries, an infant’s behavior is largely reflexive, impulsive, and instinctive. There is little evidence of premeditated thought; thus, babies are not yet able to manipulate symbols or words, or create internal representations. Time is simply a blur of new perceptions and experiences in the eternal present; time cannot be stopped and held in one’s mind. Accordingly, infants lack object permanence, which is the capacity to recognize that objects have an existence separate from one’s perception of them. Infants cannot re-member what just occurred, or reconstruct events. This is often described as “out of sight, out of mind.”

The capacity to retain an experience in awareness―to have it, as it were―is not fully developed until the Taurus stage, which is why few people have memories of experiences that occurred before age 2. By the end of the Aries stage, an infant will have developed a capacity for object permanence. Their mastery of time and space is finally sufficient for them to know that the rattle that you held in front of them only seconds ago still exists, even though now it’s hidden behind your back. They can recall its existence and re-envision the movement of the rattle from foreground to background.

During the Aries stage of 0-2, the child gradually learns that he is separate from his surroundings and that aspects of his environment continue to exist even though they may be outside the reach of his senses. By the end of the sensorimotor period, objects are both separate from the self and permanent. Again, object permanence is the realization that objects continue to exist even when they cannot be seen, heard, or touched. Acquiring a sense of object permanence is one of the infant’s most important accomplishments, and heralds his or her emergence into the Taurus-toddler stage of 2-5.

← Does the Zodiac Have a 13th Sign? The Zodiac as a Developmental Stage Model →