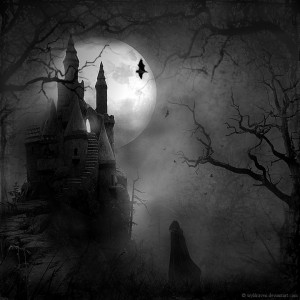 Is astrology astronomy’s shadow? In the wake of last month’s debacle involving an assertion by Minnesota astronomer Parke Kunkle about the zodiac being ‘off’ by nearly one full sign, I had a conversation with Julene Packer of the International Academy of Astrology (IAA).

Julene: Would you allow me to pick your brain as a psychologist on the following matter? Every few years some astronomer feels the need to bash astrology. I suspect that astrology is astronomy’s shadow, which by definition it fears and has to suppress. This is not much different than what we do on an individual level with our own shadow material. Would you agree that astrology is astronomy’s shadow? And if astronomy was a client, how could you help it integrate its shadow?

Glenn: It’s an interesting question, and I think your basic analysis is correct. However, it’s hard enough to help a single, willing person; that is, someone who seeks help and is consciously motivated to change. For an entire community who is not so motivated, it’s well-nigh impossible until and unless there is a fundamental shift in their world view—a shift that makes the validity of astrology seem at least possible—and thereby creates some cognitive dissonance within that community.

In other words, the materialistic-mechanistic paradigm in which astronomers are raised would have to be sufficiently threatened by the emerging, organic worldview for them to be open to integrating their shadow. The organic worldview postulates that the Universe is alive, conscious, intelligent, purposive, internally related and unified. Astrology only makes sense in the context of such a worldview. So, if they don’t hold that point of view, astrology is not going to show up on their radar except as a dark shadow!

Julene: I only have experience with willing astrological clients who are open to integration, healing, and changing paradigms that no longer serve them. I would like to know how to work with non-willing therapy patients.

Glenn: It’s a cardinal rule in psychotherapy that you can’t help someone who doesn’t want help. It’s like the old joke, “How many psychotherapists does it take to change a light bulb?” Answer: “Only one, but the light bulb has to want to change.”

Julene: Astronomy in this case is like a resistant patient forced into therapy by their spouse who is about to leave. Or maybe they’re being forced into therapy from a court order; yet, their mindset is that they don’t need help; everyone else is wrong; they are right and they remain guarded with arms crossed behind a brick wall. What do you do to get through to them?

Glenn: Again, you don’t. At best you can talk about the evidence in favor of a world-view that is different from the one they hold. This is the organic paradigm, the ancient doctrine of the macrocosm and the microcosm that has been gaining renewed support from David Bohm’s holonomic model in physics, anthropic cosmology, chaos and complexity theory, the newest evidence for Intelligent Design in biology, a holographic universe as advanced by Michael Talbot, Rupert Sheldrake’s morphogenetic fields, the list goes on.

All of these developments are supportive of the paradigm that originally housed astrology. But that’s not the paradigm in which astronomers were raised. So as a community, the resistance to that worldview is very powerful. In other words, it’s the ancient, organic worldview that is astronomy’s real shadow. Astrology for them is simply the ‘face’ of that rejected worldview, their ‘mad mother’ as it were, which they would prefer to keep locked up in the basement.

Julene: Is there a way to get through to astronomy; to get it to take down its brick wall? I’m wondering if you have any insight from the psychological point of view.

Glenn: The issue with astronomy is symptomatic of a much larger problem that afflicts all the sciences. The current battle on the front lines of this war is between one or another version of Intelligent Design (ID) and neo-Darwinism in the field of evolutionary biology. If ID can win that battle (and I don’t mean the fundamentalist version of a transcendent deity), it would be like D-Day in WWII; Germany will soon fall, but it’s a very, very difficult battle to win despite the overwhelming amount of evidence on the side of Intelligent Design—that is, some sort of overarching yet immanent intelligence in nature that orchestrates evolution in the direction of increasing complexity and awareness. This is the new, emerging organic paradigm that postulates the Universe is more like a  living organism than a soulless machine.

The reigning mechanistic paradigm is 400 years old, deeply entrenched, and not easily replaced. Until that happens, however, astrology is likely to be regarded as an anomaly at best, fraudulent at worst. It’s rejected on principle because it is simply not intelligible in a Universe that is conceptualized as a non-living machine made up of matter and forces and nothing more.

Biologists who support the organic paradigm at least have good science on their side. Astrologers don’t even have that. Having been rejected and ostracized by the academic community for the last 400 years, we’re at a competitive disadvantage. Unless people are trained in appropriate research methods, there’s going to be very little good research occurring in the field, not to mention a dearth of critical thinking.

It’s a catch-22 until we can win a seat at the table; that is, get back into colleges and universities and change the system from within. To challenge a community like astronomy without good scholarship, convincing studies, and cogent arguments that they can respect and understand is like fighting the U.S. military with bows and arrows.

Julene: I’m trying to figure out how to win the larger war and stop the periodic battles. I probably can’t, but that has never stopped me from trying before! I mean maybe, since the cycle keeps repeating itself, we are going about it all wrong. If we looked at astronomy as a fragmented entity in need of healing, would we find a different approach, a different way to get through?

Glenn: See above! It’s in God’s hands. Evolution has a way of moving things forward at its own pace, not ours. I trust that the larger truth of astrology will prevail in good time, but it’s like building the Great Pyramid: each generation does their part, one stone at a time. The biggest help for astrology may not even come from the astrological community. It might come from physics, or biology, or even astronomy itself.

To be sure, the mechanistic paradigm is a crumbling citadel. Once the paradigm shift is complete and replaced by a more organic worldview, the intellectual climate will become more hospitable to astrology. But we can’t push the river. We just have to trust the flow of time and be ready when opportunities arise.