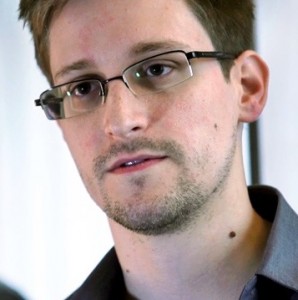 The Obama Administration scandal involving the NSA surveillance program has me feeling sympathetic toward the government. While there are widely varying reactions to 29-year old Edward Snowden’s recent disclosures, we can probably all agree it’s an interesting manifestation of the Uranus-Pluto square. Before exploring this further, let us first examine the Edward Snowden birth chart in an effort to understand what drove him to reveal NSA and CIA data to the international community.

Snowden is the former undercover CIA employee and computer systems specialist who perfectly embodies the tensions between Uranus and Pluto. Uranus rules advanced technology, as in computers, and is associated with revelation, awakening, and liberation. Pluto rules the dark and shadowy world of CIA operatives intent on rooting out destructive elements within our midst (think home grown terrorists like the Tsarnaev brothers). If integrated with Pluto, Uranian technology can be utilized to awaken us to the nature and extent of global terrorism especially as it bears on matters of national security. If unintegrated, however, Uranus is apt to prematurely (and irresponsibly) reveal government secrets, which impairs the proper functioning of Pluto.

The aspect in question duplicates the archetypal square between Aquarius and Scorpio, the signs ruled by Uranus and Pluto. This highlights the difficulty as well as the importance of integrating this archetypal pairing. Whereas Scorpio understands the necessity of secrecy in the battle against evil, Aquarius’ open, altruistic, and egalitarian nature just doesn’t get it. Revealing CIA secrets for the sake of protecting the privacy of American citizens is like setting your house on fire to keep ants out. Mind you, I’ve no love for ants. They can be annoying and intrusive. But burning one’s house down seems a bit over-reactive. Snowden’s personal rebellion against the NSA is the equivalent of calling Al-Qaeda and saying, “This is how we spy on you guys,” the result being they can adjust their strategies in light of the newly disclosed information. However well-intentioned Snowden’s whistle-blowing might seem, we are less safe now than we would have been. 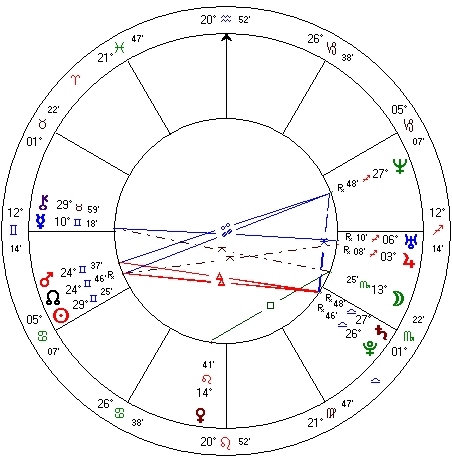 Snowden’s birth chart is certainly consistent with the behavior for which he is now infamous. While a full analysis is not possible here, we can at least note the four oppositions involving the Gemini-Sagittarius axis: Sun and Mars in Gemini both opposing Neptune in Sagittarius, while Jupiter and Uranus in Sagittarius oppose Mercury in Gemini. The lunar nodes are in these signs as well, further underscoring the importance of the Gemini-Sagittarian dialectic. Gemini is obsessed with the gathering and classification of raw data, while Sagittarius is concerned with its significance in the big picture. In other words, Sagittarius is focused on what the information means with respect to larger, global issues such as the war on terror. Sagittarius would also be sensitive to the ethical consequences of obtaining, evaluating, and disclosing the information.

It is significant that Snowden’s three inner planets—Sun, Mars, and Mercury—are all in Gemini, whereas the slower moving, outer planets are in Sagittarius. The suggestion here is that Snowden is more identified with the relatively narrow, immature perspective of his Gemini planets, which operate on the assumption that nothing is more important than full and immediate disclosure of information for its own sake. Developmentally, Gemini corresponds to age 5-8 when children are apt to blurt things out without fully understanding the sensitive nature of the question asked, or the embarrassing implications of the information disclosed. Their relative ignorance and insensitivity is age appropriate, however, so easily forgiven. The situation is more complicated for a 29 year-old.

With Sagittarius on the Descendant and Neptune in Sagittarius in the 7th house, Snowden is apt to project qualities associated with these signs and planets onto others with whom he is in relationship. This would include NSA, CIA, and government officials who are in charge of evaluating the information for its potential usefulness as well as their legal right to obtain and store it. Sagittarius corresponds to ages 44-53, which is that stage of life wherein one’s capacity for moral reasoning is fully mature. With 6th and 7th house planets in this sign, it follows that Sagittarian qualities would be most fully expressed in Snowden’s co-workers (6th house), collaborators (7th house), and superiors (with Aquarius on the M.C., Uranus signifies the 10th house of authority). It would be precisely these others that would utilize the data Snowden provides to predict the nature of possible threats to national security.

As the final dispositor of the chart, Mercury is especially important. Not only is it in a very aggressive position on the Ascendant as well as disposing Mars in Gemini (thus repeating the Gemini-Aries link in three different ways), but the opposition to Jupiter-Uranus in Sagittarius suggests that Snowden is opposed to the use of data gathering for the sake of a holistic, techno-analysis of potential terrorist threats. To the extent Snowden is identified with his Gemini planets and prone to impulsive reporting (as when a child tattles on his friends to elevate his own good standing), his revelations evidence a lack of integration between the respective planets. In other words, Snowden’s capacity to make wise and effective use of his Uranus-Jupiter conjunction was insufficiently mature. He was still influenced by Jupiter and Uranus, thus his image as a high-minded whistleblower motivated by altruistic concerns; yet, I do not believe he had the experience or vision to fully understand the necessity of the task in which he was engaged as an NSA employee, nor the potentially lethal consequences of making the information available to U.S. enemies.

As ruler of the M.C., Uranus in Sagittarius in the 6th signifies the authority that Snowden betrayed. This is precisely the NSA in its role as a global information network employed to discern troubling patterns of information, connect the dots, and predict the nature and location of specific threats. Rather than cooperatively engage his Uranian cohorts in solving the problem of domestic terrorism, Snowden co-opted Uranus for himself in a shocking revelation of government secrets.

It is also interesting that he has the same opposition between Sun-Gemini and Neptune-Sagittarius as the rogue LA cop, Christopher Dorner, who likewise blew the whistle on his superiors. Whenever the Sun opposes Neptune, there is always the possibility of narcissistic inflation, as when a single individual sets himself against the system and acts as if his opinion, his specialness, and his moral superiority trumps all other considerations. As a trans-border fugitive fleeing from justice, Snowden is currently under the protection of Russian president, Vladimir Putin. One suspects he was blinded by his own light and flew straight into the spider’s web.

← Transiting Neptune on the I.C. The Concept of Integration →