Separating the Wheat From the Chaff 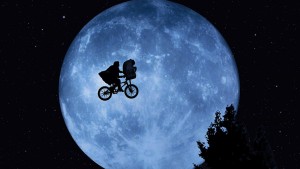 Recently I read a brief summary of the Evolutionary Astrology Conference held this past April. It was mentioned that Jeff Green, the primary exponent of Evolutionary Astrology, teaches that any planet squaring the Moon’s nodes means you “skipped lessons” related to that planet in past lifetimes. Of course, this is but one of innumerable claims made about the past life significance of the lunar nodes.

I always find myself wondering, what is the logic that relates the Moon’s nodes to past lives? Is it because the Moon symbolizes the past in general and thus by extension past lives? As a hypothesis, this is somewhat plausible, but the usual explanation behind such claims is that people report a vague sense that the south node is an “inborn” tendency, whereas the north node (sign, house, aspects) is something we evolve toward. This may be so, but to jump from that observation to the claim that the south node symbolizes past life behavior and experience is a momentous leap of logic.

Indeed, the only evidence that the south node refers to a past life is a vague, subjective sense of having “come in” with that trait. Yet, since past life behaviors and experiences are unobservable, there is no factual evidence to substantiate this opinion. It is also very difficult to justify why one trait, such as the south node’s sign/house position, is any more inherited from the past than traits that derive from other factors in the chart.

One could argue that the Ascendant symbolizes traits that are equally, if not more, instinctive and inborn. In fact, virtually the whole chart is “inborn” in the sense that the traits it symbolizes are evident from the first breath. How does one differentiate the instinctive feel of the south node from the instinctive feel of any other part of the chart? With my Mars in Gemini, I have an instinctive urge to do battle with information that I find questionable. Is this instinct inherited from a past life? And if so, why should privileged status be given the south node as the primary indicator of past lives?

Certainly it’s fun to speculate about ways the chart might symbolize past lives and karma. Astrologers have been doing it for more than a century. I would argue that reincarnation is a useful perspective from which to approach chart interpretation. No one should be discouraged from speculative thinking in this area. However, it is important to differentiate speculation from established theory. Sound astrological theory is based on actual empirical evidence. For example, we can observe the experience and behavior of people with Saturn in the 7th and then hypothesize about the meaning of this planetary position. Such a hypothesis is grounded in observation and can lead to further research to substantiate the hypothesis.

Conversely, past life interpretations are not based on observable evidence and cannot be substantiated with further research unless one stretches the meaning of “evidence” to include (1) subjective reports that the interpretation “feels helpful”, (2) apparent past life memories from hypnotic regression, or (3) alleged psychically derived insights. While this type of evidence should not be dismissed out of hand, one would have to admit that it’s a very different and less reliable type of evidence than observable behavior and events that can be consensually validated.

It may be that at least some “truths” in astrology are based on convention rather than evidence. Conventions are simply inventions, or opinions, which have become communally reinforced over time. For example, in the 19th century the “science” of phrenology was invented by Franz Joseph Gall, who counted 27 different bumps on the skull and identified each one with a particular mental trait, faculty, or aptitude of the mind. Phrenology was widely utilized at the time and touted as being able to improve the education of children, the reformation of criminals and the treatments of the insane. Many people accepted this claim uncritically, and the more phrenology was practiced, the more it was communally reinforced and passed on to subsequent generations of believers. Unfortunately, none of the claims held up under actual testing, and it was soon relegated to the dust heap of discarded ideas.

At least in the case of phrenology, the theory was falsifiable; that is, capable of being disconfirmed via actual evidence (or lack thereof). Such is not the case with reincarnational astrology since no one can observe a person’s past lives. Yet, claims are regularly made about the past life significance of various chart factors: “Venus squaring the lunar nodes means you skipped learning how to love.” In the absence of even the possibility of disconfirmatory evidence, it is much easier for these ideas to become conventions that are communally reinforced over time.

Anyone can claim to know what a planetary position means in terms of past lives. However, unless such claims are falsifiable, then perhaps we should think twice before believing them and spreading such ideas to subsequent generations of astrologers. As Aristotle wrote two millennia ago, “It is the mark of an educated mind to be able to entertain a thought without accepting it.”

I’m actually a firm believer in reincarnation, and have been studying it since my teens. In a 1990 book, Dr. Christopher Brache, Professor of Philosophy and Religious Studies at Youngstown State University, critically evaluated the evidence for and against reincarnation: He reports:

Each year the case gets stronger. My personal opinion is that researchers have amassed sufficient evidence for reincarnation that if we are not already past the stage of reasonably “proving” rebirth, we soon will be. Put more cautiously, we might say that at this point sufficient data have been collected and assessed to move rebirth from a low probability to a middle- or high- probability thesis. (p. 27)

Most of the evidence to which Brache refers consists of past life memories of children that are confirmed by surviving relatives of the prior personality. Psychiatrist Ian Stevenson (1974, 1997) has collected compelling accounts of children’s memories of past lives. Rigorous, scientific research to substantiate these memories, which includes interviews with family and friends from the prior life, has been undergoing for over thirty years.

Apparently it’s not unusual for someone to be reborn only a few years after his or her death. In such cases, it’s possible for researchers to interview people who actually knew the previous personality. Surviving siblings and even spouses from the former incarnation are often able to confirm the child’s memories. However, to my knowledge, there has been no attempt to correlate research data with the astrological charts of these unusual children. Until and unless that occurs, the question of how the birthchart reflects karma from previous incarnations must remain unanswered, at least in any definitive sense.

Of course, this has not stopped astrologers from writing books and computer generated reports that claim to be able to tell people about their past lives. There are a variety of competing theories with regard to how past lives might be symbolized in the birthchart. In evaluating the credibility of these theories, one first needs to differentiate the general principle from specific instances. In other words, the philosophical belief that karma from past lives is implicit in the chart is not the same thing as the practice of making pronouncements about past lives.

It’s certainly acceptable to interpret a horoscope from a past lives perspective. The operative presumption is that the incarnated soul has committed itself to certain lessons or tasks, and these are reflected in the birthchart. Chart interpretations are thus situated in a reincarnational framework; that is, one that presumes that the arrangement of planetary factors has been lawfully determined in accord with accrued karma from past lives.

Again, however, this interpretative stance is different from making statements about what actually occurred in a past life. While past-life interpretations may have explanatory value, it is important to differentiate their speculative nature from the more general philosophical position that a reincarnational perspective entails. One can hold this position without making statements about past lives.

Although it may not be possible to derive information about actual past lives from the horoscope, acceptance of reincarnation has important implications for how one approaches interpretation. If a client’s trials and travails are orchestrated by a transcendent intelligence that works through astrology, then life experience is neither random nor determined by an impersonal, clockwork mechanism. Rather, experience is purposeful in accord with a growth principle that is inherent in the cosmos.

Difficult astrological configurations may constitute specific lesson assignments that are implicit in the kinds of experiences that synchronistically (karmically) flow from these configurations. As within, so without, we are always meeting ourselves in the circumstances and people we attract. Painful or frustrating experiences challenge us to grow in specific ways, and it is precisely because these challenges are pre-figured in the birth chart that we can understand them as karmic.

How can we interpret such configurations in a manner that supports the client’s evolution as a spiritual being? For me, this question is infinitely more interesting than what a person might have been or done in a past life. For a more detailed treatment of this topic, please see my related article on reincarnational astrology.

← Astrological Archetypes as Geometric Forms AstroMyopia: Missing the Forest for the Tree →