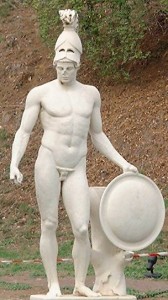 In the last installment of this series, we discussed the protean nature of astrological archetypes and why they correspond to angles that result from a division of a 360° circle/cycle into twelve equal parts. Signs of the zodiac are perhaps the most basic and fundamental form of astrological archetypes, the others being houses, aspects, and planets. In this column, we’ll explore how zodiacal signs symbolize intrinsic motivation; that is, the root motivational forces of the human psyche.

Any adequate theory of personality must of ne­cessity explain human motivation. Theories of moti­vation strive to account for the springs of human ac­tion, cataloging the intrapsychic forces that impel mental and bodily activity. A motive can be defined as an impulse, desire, or drive that incites a person to action. Deriving from the Latin movere, meaning, “to move,” motives move people; they account for the “why” of behavior; that is, its underlying impellents.

This is especially important for astrology, as our model has frequently been accused of being determi­nistic due to the belief that astrologers attribute causality to external forces such as stars and planets. However, if one accepts the premise that the root causes of behavior are ar­chetypal principles as reflected in signs and em­bodied in human beings, then astrology may be one of the few nondeterministic systems in the field of psychology today. One thing is certain: if astrol­ogy is to be given serious consideration as a viable personality theory, it must provide a credible account of human motivation.

Because needs/motives constitute the roots of human behavior, all things psychological can be understood in the context of the individual’s efficacy in meeting basic needs. Properly understood, horoscopes reveal how problematic behavior derives from intrapsychic conflicts, developmental failures, and pathogenic ideas, all of which impede the individual from behaving in a manner conducive to need-fulfillment. While these ideas will be explored more fully in subsequent columns, suffice to say here that one of astrology’s prime values is its capacity to articulate the complex structure of motives that underlie and impel human behavior. Before going further, let us examine how conventional psychology accounts for motivation.

Early theories of motivation viewed people mechanistically, assuming they were passive agents of various internal and external forces. The two dominant thrusts in motivation theory during the first half of the 20th century were behavioral drive theory and Freudian instinct theory. In drive theory, the motivating stimuli were thought to be external to the organism – the smell of food or the sight of a sexually attractive person – which stimulated a behavioral response rooted in a physiologically based internal association to the stimuli. Food, for example, tastes good and is necessary for survival. In Freudian instinct theory, the stimuli are internal to the person but again originated in biologically determined sexual and aggressive instincts that impel the person to action. Both of these theories were mechanistic in that (1) motivation was based solely on physiological drives, and (2) were caused by associations that existed between stimulus and response.

While behavioral drive theory and Freudian instinct theory contain some truth, they are limited conceptualizations of a complex and mysterious phenomenon. Recent theories of motivation have moved away from a strict reliance upon biologically based drives. Studies show that animals as well as humans are avid explorers and manipulators; they engage in purposeful, persistent, and non-random behaviors that appear motivated by a continuous need to actualize their innate potentials.

According to Deci’s (1980) theory of intrinsic motivation, the base cause of human behavior is a desire for personal growth leading to increased efficacy, competence, and self-determination. Because it is much broader in scope than traditional drive theory, intrinsic motivation provides the basis for a more comprehensive listing of psychologically based motives that have no clear physiological corrolary. To be intrinsically motivated is to have an innate need to be effective in satisfying a variety of different goals – for autonomy, security, learning, belonging, and so on.

Perhaps the leading pioneer in this area was Abraham Maslow (1968) who theorized that human beings are born with an essential nature that is analogous with physical structure. Maslow’s ideas are compatible with an astrological theory of motivation, as will be shown. Suffice to say here that psychological structure, according to Maslow, is composed of needs and capacities (functions). Basic needs are distinguished from meta needs and are arranged hierarchically according to strength and priority. The first and most pressing need is for survival, which he defined as the need for food, water, and continuance of life. The second is safety (security, order, protection), then social needs for belonging, acceptance, and love. The fourth need is for esteem, which derives from validation and confers a sense of status.

According to Maslow, lower needs must be satisfied before higher needs assert themselves. The need for security must be satisfied before the need for esteem will even be felt. While all needs are simultaneously present, an individual will regress to an earlier need whenever its satisfaction falls below a certain level. Accordingly, Maslow characterized this motivational substructure as deficiency based.

In contrast to basic needs, meta needs are not ordered hierarchically. While Maslow regarded them as instinctual, they do not operate on a motivational basis of deficiency like basic needs; rather, they are pursued for their own sake and are more transpersonal and growth oriented – the need for service, beauty, justice, goodness, order, unity, and so forth. Maslow alleged that basic needs are prepotent over meta needs, yet frustration of meta needs will just as readily lead to sickness.

According to Maslow, the sovereign human motive is the need for self-actualization. This is the drive to realize one’s full potential as a person. Capacities clamor to be used and needs press for fulfillment, but these are merely steps along the path to self-actualization. The gratification of one need opens consciousness to domination by another “higher” need. There is an inherent pressure to actualize all the subsystems of the psyche until one realizes a fullness of being; that is, a state of psychic unity or wholeness.

Likewise, Deci’s (1980) concept of intrinsic motivation holds that people are naturally drawn to situations that challenge their habitual patterns of thinking and behavior; they seek experiences (information) that are discrepant with their usual cognitive patterns, and then set about assimilating the new data in order to widen and deepen their psychic structure.

These theories of motivation are teleological because they propose that people are not shaped exclusively by environmental influences or genetic determinants; rather, people are goal-directed, striving, and purposeful in their actions. Maslow refers to needs as “impulse voices” that convey wants and stimulate actions appropriate for their fulfillment. The strength and impact of these voices is a measure of one’s authenticity. If the voices are drowned out by trauma, aversive conditioning, or repetitive frustration, a kind of mental illness results; the individual cannot behave in a manner that allows for continued growth and well being.

The sequence of signs in the zodiac fits in nicely with both Deci and Maslow’s theories of motivation. Zodiacal signs are clearly not physiologically based, even though there are certain physiological processes and organ systems to which they correlate. For example, Mars rules the adrenal glands; the Sun rules the heart, and so on. Also, zodiacal signs unfold in accordance with a precise hierarchical sequence, much in the manner of Maslow’s hierarchy of needs.

We can infer the underlying need of a sign from behavior that is characteristic of that sign. By observing various behavioral traits of a sign and applying inductive reasoning, one can discern where the behavior is leading to—the goal of the behavior—which is always satisfaction of some specific need. Consider, for example, the traits of Aries: assertive, direct, fearless, impatient, independent, combative, and so on. There is a logical consistency to these traits that suggests Aries behavior is oriented in a particular direction; that is, toward freedom of being. We can conclude, therefore, that Aries symbolizes the need for freedom, autonomy, or simply survival. Ultimately, there is nothing Arian that cannot be understood in the context of this need.

Likewise, if we consider the traits of Libra – engaging, charming, nice, cooperative, considerate, fair – we can reasonably assert that Libra represents the need for relationship. Again, there is nothing Libran that cannot be understood in the context of this need. Just as Maslow organized his system of needs hierarchically, so the signs of the zodiac are organized hierarchically as well. The difference is that the zodiac hierarchy includes Maslow’s basic needs and his meta needs, all of which unfold in a precise developmental sequence. Signs of the zodiac can also be correlated with developmental stages (a subject for another column), the implication being that earlier sign-needs take precedence over later ones. Aries, for example, represents the need for survival, Taurus for safety, Gemini for learning, Cancer for belonging, and Leo for self-esteem. Each of these needs correlates to a developmental epoch, within which the need of that sign is in its ascendancy.

In our zodiacal model, the sequence of the first five signs correlates exactly with Maslow’s hierarchy, with the exception of Gemini—the need for learning—which Maslow did not include (an oversight we will forgive him). In regard to his meta needs, we merely need to proceed from Virgo through Pisces: the need for service (Virgo), beauty (Libra), integrity (Scorpio), justice (Sagittarius), order (Capricorn), change (Aquarius), and unity (Pisces) completes the zodiacal hierarchy.

Of course, there are additional words that capture different nuances of each sign-need. Like an archetype, a sign’s motive cannot be reduced to any singular word; rather, it is more a category of need. The underlying need of each sign is like a diamond with different facets, each facet requiring a different word that is self-consistent with every other word describing the need of that sign. Capricorn, for instance, can be described as the need for perfection, order, structure, control, authority, and success – all of which have obvious correlations. Taken together, we can more easily grasp the drive that Capricorn symbolizes. Below is a graph that shows a few keywords associated with the basic needs that each sign symbolizes.

To summarize, a complete analysis of the zodiac suggests that there are twelve fundamental, innate, inborn needs that correlate to the signs. These signs obey a precise, developmental sequence. Thus, astrology presents a hierarchically organized, twelve-stage, twelve-drive model of motivation. At the heart of the theory is the assertion that people act in the service of their needs. Problems result when for various psychological reasons people are impaired in their capacity to fulfill certain need-drives. How this is reflected in the astrological chart will be our subject for a future column.