Death in a Pressure Cooker 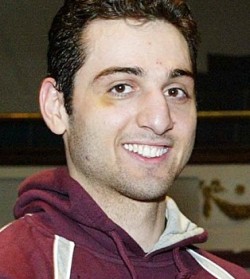 On April 15, 2013, during the Boston marathon, a horrific expression of Mars square Pluto exploded on the world stage. 26-year old Muslim Tamerlan Tsarnaev and his younger brother, Dzhokhar, calmly placed two pressure cooker bombs in the midst of the crowd on Boylston Street as they watched the runners go by. Moments later the bombs exploded with a deafening blast, spraying shrapnel, nails and ball bearings in all directions, killing 3 people and ripping arms and legs off another 264. Within days Tamarlan and Dzhokhar were identified as suspects by the FBI. That evening, Tamarlan killed an MIT police officer in cold blood in order to obtain his firearm, carjacked an SUV with his brother, and initiated an exchange of gunfire with police as they were closing in.

An estimated 200-300 rounds of ammunition were fired at the two brothers, who responded by emptying their pistols and throwing bombs and grenades at the officers. Tamarlan was shot multiple times, suffered a possible blast injury from a suicide vest, and was finally run over by his brother who sped off in the stolen SUV. Dzhokhar dragged Tamerlan underneath his vehicle for some 20 feet before crashing through the police barricade to escape. Gruesome pictures surfaced online of Tamerlan’s bloody bullet-ridden body lying dead on a hospital table, his mouth and eyes open wide in a ghastly final scream.
It is hard to imagine a more violent end.
Deconstructing Mars square Pluto
These events, including and especially Tamerlan’s affinity for pressure cooker bombs, are consistent with a single aspect in his chart: Mars in Aquarius square Pluto in Scorpio within 8 minutes of exactitude. To understand Tamerlan fully, of course, it would be necessary to examine his birthchart as a whole. No single configuration is sufficient to account for who he is or what he has done. Also, we do not have his birth time, which further compromises any attempted analysis.
Finally, it must be acknowledged that Mars square Pluto, like any other aspect, can manifest in a variety of ways on a continuum of functionality; hence, subsequent comments are not meant to imply the aspect will manifest the same way for every person. Most certainly it will not. This article is meant to analyze solely how it manifested in Tamerlan’s life. Mars square Pluto is an essential ingredient of the terrorist act for which Tamerlan is now famous: the Boston marathon bombings. 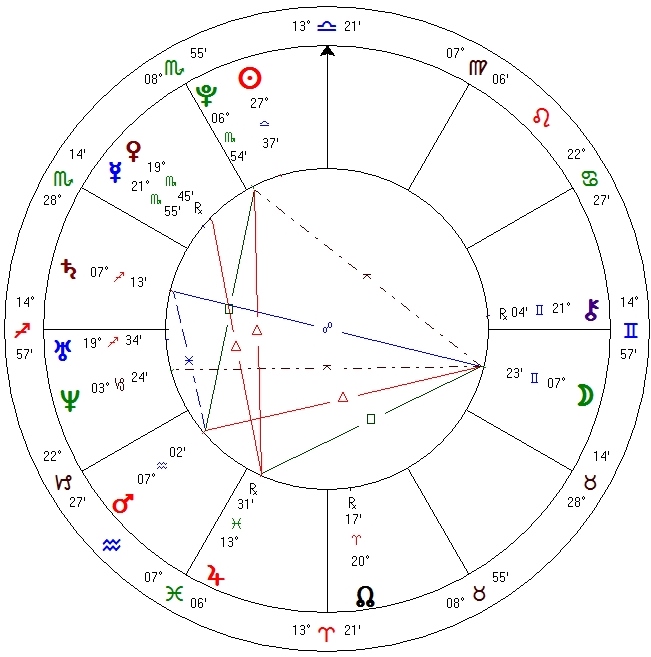 In the simplest sense, Mars is about action. As the ruler of Aries, its function is to fulfill needs for survival, autonomy, and freedom. When functioning optimally, it confers the requisite strength and courage to assert decisively in one’s own self-interest. Pluto, on the other hand, signifies an entirely different principle. As ruler of Scorpio, its function is to transform, regenerate, and heal. By definition this implies something that needs to be transformed—an emotional wound or corrupt condition. If functioning properly, Pluto bestows the ability to root out, purge, and eliminate whatever is toxic to the system in order to facilitate a process of healing and renewal. Very often this entails a certain attraction to death in all its myriad forms.

The square requires containment and control of conflicting impulses; otherwise, defenses are erected against unwanted drives, resulting in unconsciously motivated behavior. Such behavior naturally inclines toward negative extremes that compensate for whichever impulse is denied.

1 One can differentiate an opening from a closing aspect by determining the faster moving planet. As the faster of the two, Mars will separate from a conjunction with Pluto and form a series of 30 degree angles over the period of time it takes to traverse the zodiac and reform the conjunction (the synodic cycle of Mars-Pluto). The first 90 degrees of this cycle is the first square. Just as the sign Cancer signifies the first 90 degrees of the Earth’s separation from the vernal equinox, so the first 90 degree angle of the synodic cycle between two planets has a Cancerian quality.

5 I am not suggesting that the wars in Afghanistan and Iraq were unjustified. That is a separate question. I’m merely saying that from Tamerlan’s perspective, invasion of an Islamic country by the U.S. not only was a repetition of what Russia did to Chechnya, but archetypally also had connotations of cultural rape.