Its Meaning in the Horoscope 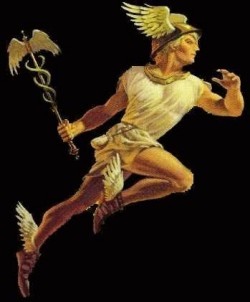 Student: I know you have Mercury as final dispositor in your chart. Could you provide some examples as to how you’ve experienced that?

Glenn: As we’ve discussed in class, a final dispositor is a planet that disposes the longest chain of planets in the chart. By definition a final dispositor is in its own sign; thus, no planet can dispose of it. It’s the end of the line, the final cause of the chart, that for the sake of which other things happen. A final dispositor is like a lake into which flows a river that has been fed by multiple tributaries. The longer the chain of planets, the more powerful the river that flows into the final dispositor, wherein the energy pools and deepens over time.
Any planet in its own sign feels like a hand in a glove; it functions in a pure, effortless way. Of course, aspects and house position make a contribution, too, and can present different types of challenges. With Mercury in Gemini as the final dispositor of my chart, I’ve always been an insatiable, lifelong learner.
There are so many fascinating things to know. My idea of heaven is lying in a hammock under a shady tree on a warm sunny day with several books I can peruse to my pleasure. No doubt this reflects Mercury Gemini in the 2nd house.
But because my Mercury conjuncts Mars and Uranus, I was always frustrated in school for not being able to study what was actually of interest to me. Uranus and Mars both have an element of independence and freedom — liberation from prevailing structures (Uranus) and freedom (Mars) to act in accord with personal impulses and wishes. I resented having to study subjects that had no appeal. It was more than boring; it was like a strait jacket!
I always felt that my real education started after I finished undergraduate school, since I could finally start studying what I wanted to learn. For me, being in graduate school was like being able to dine every night at a posh restaurant. That’s when my love of learning really blossomed. Even now, independent, self-motivated learning is something to which I strongly relate. And that’s a part of what I’ve tried to incorporate into my online school.
With Mercury in the 2nd house, storing information is important, as in building a library and having lots of bookshelves, file cabinets and computer files. My Word files are quite complex, and people who see my computer often comment on how many folders I have. But, of course, that’s what Mercury-Gemini likes to do: label, classify, and make distinctions between one category of knowledge and another. Everything I read, I want to keep. I have extensive book shelves in three different rooms on two floors, and each section contains a specific category of books, just like a library. The idea of throwing away a book feels sacrilegious.
A phrase I resonate to with Mercury-Gemini in the 2nd is: “having a wealth of information.” Recall that the 2nd house is not values per se, but specifically those thingsthat we value and wish to possess. For me, the things that I cherish most are Mercury-related, such as books. I have more books than I could ever read; yet, I keep them because I never know what I might want to learn next.
Since the 2nd house is associated with the bodily and earthly realm, I’ve always had a strong interest in new physics and biological research, especially pertaining to the evolution of living systems, starting with the big bang all the way up the chain of being. This was the topic of my doctoral dissertation, although ultimately it was about the evolution of consciousness. I like data that is grounded in things that have real substance. I became fascinated with the idea that living systems are learning systems. That is, even the smallest microorganisms are in some way intelligent and proactive in their hunger for information.
The idea of writing for a living always appealed to me; that is, making money (2nd house) from learning and communication. I remember the first time I heard the phrase “informational products”. I immediately recognized it was something I wanted to do. Tangible products, of course, are 2nd house things, whereas Mercury is information.
In retrospect I can see that being an “infopreneur” is something my life has been leading toward. An infopreneur is someone who is his own creator, marketer, and distributor of information via e-zines, e-books, audio files, video files, websites, online courses, and so forth. That’s me, although making money was never the primary motivation. Learning is. Yet, being able to produce something tangible (2nd house) that enables others to learn (Mercury) does have a win-win practical ring to it, so there it is! 🙂