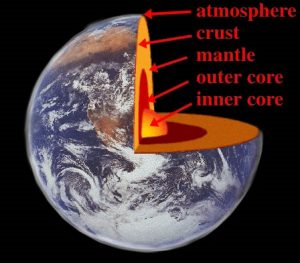 Student: Recently I heard an astrologer give a reading in which he made no mention of planets in signs or houses. He only interpreted aspects. The client was going through her Saturn return and the astrologer interpreted Saturn conjunct natal Saturn, but that’s all. Yet, it seemed to be helpful! I’ve also heard astrologers interpret planets in signs but they did not seem to fit the person. Maybe sign positions are superfluous? In striving to understand chart synthesis, how important are signs and houses in comparison to just aspects?

Glenn: There’s no question that aspects are extremely important. In chart synthesis, they’re the skeletal structure upon which the sign positions can be added, like flesh on bone. And the houses provide the background setting in which the planetary aspect plays out. Unless we’re talking about a conjunction, there are generally 7 variables in an aspect that have to be combined into an intelligible statement—two planets, two signs, two houses, and the aspect itself. The complexity of the challenge is daunting and so the tendency is to focus on two variables at a time, the planet in a sign, or a house, or in aspect to another planet. However, fragmenting the person in this way misses how all these variables combine to make the person who he or she actually is.
It is relatively easy to say something intelligible about a planet’s sign or house position or a single aspect to another planet. But unless the astrologer takes pains to explain that the interpretation only pertains to a part of the person—that is, it does not describe the person as a whole—then the client is unlikely to recognize the validity of the description offered.
All of this underscores the importance of talking to the client before interpreting the chart. Unless the astrologer takes time to really know his client, it’s almost impossible to make an interpretation that synthesizes the seven variables in a way that is actually relevant to how the client is expressing that configuration. Again, the challenge is incorporating the sign and house positions into the interpretation of the aspect. This makes the interpretation more nuanced, specific, and complex in its ability to more closely approximate the person’s actual experience.
I call this “layering.” Just as the earth has different layers from its core to its atmosphere, so astrologically a planet has a core meaning for itself, over which is layered the meaning of its sign position, its house position, and additional layers contingent upon its aspects. The more an interpretation combines one meaning layered over another in a way that relates to the client’s actual life concerns, then the more accurate, precise, and relevant the interpretation becomes.
Such an interpretation has the quality of a subplot within the larger narrative of the chart as a whole. It is too complex to be reduced to a series of statements about personality traits. Conversely, if a simple interpretation is made of a planet in a sign, or a house, and these factors are not synthesized with the aspect of which they are a part, then it remains generic and not nearly so relevant to the actual experience of that particular person.
To give a simple example, I have two clients with Venus forming an opening square to Mars. Generically, this suggest some difficulty in being able to tolerate the tension of conflicting drives, one for attachment (Venus) and the other for autonomy (Mars). The first person, a woman, has Venus in Pisces in the 10th and Mars in Sagittarius in the 7th. Her tendency is to dissociate (Pisces defense) when in relationship because she worries the other person will become aggressive and violate her rights. With her Mars in Sagittarius, she anticipates she will be attacked on moral grounds (Sagittarius). Since Venus is in the 10th, her Pisces defense of dissociation (passivity, withdrawal) occurs most noticeably in her profession where she takes on more responsibility than she can actually handle. In other words, she cannot say ‘no’.
The second person has Venus in Libra in the 9th square Mars in Cancer in the 7th. His fear is that if he commits to marriage with his girlfriend he’ll lose his freedom, so he equivocates and placates and appeases, which is characteristic of Venus in Libra. Since his Mars is in Cancer, he anticipates she will be angry and hurt if he wishes to spend time with his friends. He worries that her dependency needs (Cancer) will overwhelm his capacity to adapt (Libra). And since his Venus is in the 9th, he rationalizes his reluctance to commit on legal grounds (9th house) that divorce laws are biased in favor of woman.
More could be said about both cases, but hopefully this brief example illustrates the subtle differences between aspects on the basis of sign and house positions. The devil is in the details to be sure, but the larger story is in how the details fit together to make a life.
In courses AP 102 through 104, specific rules are taught that enable students to make complex, layered interpretations that are maximally relevant and accurate while also allowing for flexibility of meaning. For more on this topic, see my column on “Astromyopia”.
← Robin Williams Birthchart AstroPsychology as Grounded Theory →