The following paper was originally presented to a non-astrological audience at the International Forum on New Science, September 27, 1991, at the University of Colorado, Fort Collins, USA., and was subsequently published in the proceedings of that conference. _________________________________

The New Paradigm And
Postmodern Astrology 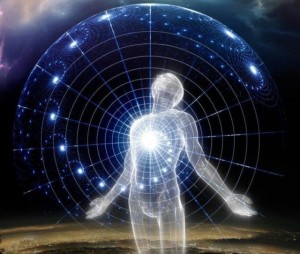 The Scientific Revolution
Empiricism was an objective way of knowing which relied solely upon experience or observation alone. Only that which could be objectified, that is, experienced through the senses of an observer, was considered real. Empiricism promised to reveal new truths. So impressive were the medical and technological accomplishments which derived from this method that it became the “right” way of knowing, at least for science (Griffin, 1988; Smith, 1982).

But there was a price to pay. The objective approach to knowledge implied that the basic elements of nature had no subjectivity, no internal nature, no experiences, perceptions, feelings, purposes, or aims of their own. This ultimately led to the disenchantment of the world (Griffin, 1988). Rather than seeing the world and all things in it as an enchanted garden, ensouled by a divine Being, the world was compared to a vast machine which operated through mechanical principles alone. Mechanism, not organicism, became the reigning paradigm of science.
By insisting that all natural phenomena can and should be explained by reference to the laws of matter in motion, mechanism explicitly rejected occult qualities, such as animating spirits, which could not be quantified or subjected to experiment. The most virulent attack of the mechanical philosophers was directed at the neo-Platonic concept of the soul of the world, source of its vital activity. The removal of organic assumptions about the cosmos constituted the death of nature—the most far reaching effect of the Scientific Revolution. Nature was hereafter to be viewed as a system of dead, inert particles moved by external, rather than inherent forces.
At the heart of the mechanical philosophy was the denial that natural things had any hidden (“occult”) powers to attract other things. The rejection of action-at-a-distance in favor of action-by-contact explanations was based on the replacement of all organismic and spiritual explanations by mechanical ones. Easlea (1980) has argued that the desire to rule out the possibility of attraction at a distance was, in fact, the main motivation behind the mechanical philosophy and its denial of all hidden qualities within matter.

Astrology Replaced By Psychology
Needless to say, a major casualty of the scientific revolution was astrology. It is important to recognize that astrology was never disproven by the methods of science. Rather, its invalidity was a presupposition. The issue was not one of proof, but of paradigm. Astrology was part of the old, organic paradigm of animating spiritual forces, of living intelligences which ruled the heavens and ordered the world below, of correspondences between macrocosm and microcosm, of similars bound together by sympatheia such that human and divine were of one essence. Mechanism was the antithesis of such beliefs. So astrology became outlawed, forbidden, anathema to the scientific mind.

Students who might otherwise have been interested in astrology, studied psychology instead. In this they found a subject which was in every way compatible with mechanistic principles. At the heart of 17th century psychological empiricism was the denial that the human soul was shaped by innate ideas which originated in the mind of a Universal Being. John Locke insisted there were no innate ideas which pre-existed in the mind, and thus no possibility of a resonance with higher intelligences which might conceivably work through the soul. Rather, all mental content was alleged to come directly from experience; the mind is a tabula rasa, a blank slate, waiting to be imprinted by the impact of material causes originating in physical conditions outside the body. By the 18th century, not only was the soul stripped of its innate ideas, its very existence was doubted. Whereas the organic worldview of astrology regarded man as a partially divine performer in a purposeful cosmic drama, the new psychology considered him to be a mere animal inhabiting a blindly mechanical universe.
Generally speaking, modern scientific psychology has remained faithful to the 18th century view that humans are basically animals, their nature and character the effect of random, externally originating forces such as genes and social conditions. They are not descended from the gods above, nor are they evolving anywhere in particular. In effect, the human being resembles nothing so much as a victim of circumstance. While there have been some notable departures from this tradition in recent years, a brief review of the evolution of psychological theory reveals that almost all tend to incorporate deterministic assumptions based on mechanistic reasoning (Lowry, 1971).
Meanwhile, astrology has remained more or less stagnant for the past 300 years, a discredited and neglected system of thought unlikely to be vindicated so long as it remains ostracized from our schools and universities. Not surprisingly, astrology attracts many of the fringe elements of our society—people who for various reasons tend to identify with the dark, oppressed, rejected system of belief that astrology has come to represent. Like a child who has for too long been locked up in the basement by an abusive and abandoning parent, astrology has remained primitive, undeveloped, and crude by modern academic standards.
Because it is not considered a valid profession, there are no licensing boards to assure that astrologers meet even minimal standards of education, ethics and competence. Consequently, there are very few astrologers who can present their case in a manner consistent with scientific standards of responsibility. Instead, there is a huge amount of nonsense published in the field—like Sun sign books and newspaper horoscopes—that continue to damage astrology’s credibility. Individuals who attend college and are trained in research methodologies are unlikely to apply this training to a subject which is not even taught, and one which is disreputable and potentially damaging to their careers.

The Rebirth of An Organic Worldview
The situation, however, may not be as hopeless as it seems. After all, it was not scholarly research that led to the rejection of astrology, but abandonment of the paradigm which supported it. If astrology is to have its honor restored, its supporting paradigm must likewise be resurrected. Many philosophers of science agree that such a paradigm shift is actually occurring right now in the late 20th century. Evidence suggests that the mechanistic paradigm has pretty much played itself out. Ironically, it is the growth of science itself which has gradually eroded confidence in many of the cherished theories and models which flowed naturally from the mechanistic paradigm. Application of the empirical method has led to a proliferation of blind alleys in virtually every field of modern science.

New physics, as articulated in such books as Fritjof Capra’s (1976) The Tao of Physics, is actually more in accord with spiritual traditions which postulate a universe of pure consciousness. In these new models, ultimate reality is described as seamless, or whole, and there is no absolute separation between events or objects in space-time (Zukav, 1979; Davies, 1988). Bell’s theorem, for example, states that action-at-a-distance can influence all points in space simultaneously, without any forces traveling through space. Similarly, David Bohm’s (1980) holonomic theory of quantum physics states that every part of the Universe bears witness to the structure and process of the whole, i.e., the whole is contained in the part. This idea simply restates in modern terms the hermetic maxim, “as above, so below.”
Another development in new physics, the Anthropic Principle, states that certain pure numbers called the constants of nature—analogous to Platonic forms—seem specially contrived to facilitate the evolution of conscious intelligence as manifest in human beings, thus reviving the ancient doctrine of teleological causation (Barrow & Tipler, 1986). And in evolutionary biology there is a veritable avalanche of evidence indicating that evolution is not the chance outcome of random mutations preserved by natural selection, but rather is a purposeful and self-organizing process guided by an immanent intelligence (Denton, 1985; Thaxton, Bradley, & Olsen, 1984).
All these developments and many more are leading to what David Roy Griffin (1988) has called “the reenchantment of science.” A number of philosophers are now asserting that there is a scientific revolution occurring at the present time which involves a recovery of certain truths and values from various forms of premodern thought (Harman, 1986; Smith, 1982; Tarnas, 1990). British biologist, Rupert Sheldrake (1991), details these recoveries in his new book: The Rebirth of Nature: The Greening of Science and God. These developments include the replacement of mechanism with an organismic paradigm; the presence of intrinsic purpose throughout nature; the presence of a divine whole in all the parts; attraction-at-a-distance or downward causation; and the history of the Universe as a self-creative, self-organizing, conscious Being. What is most interesting about these developments is that implicit in the new, organismic paradigm of postmodern science are the very principles upon which astrology is based.

The Resurgence of Astrology
If psychology is to keep pace with current thinking in the hard sciences, it may have to re-evaluate some of its major premises. Chief among these is the notion of the human being as a product of externally originating forces, drifting aimlessly in an alien, material world with no particular meaning or overarching purpose. Instead, psychology can be revisioned such that human beings are conceptualized as rooted in a living Universe, the rhythms and cycles of which flow through body and mind alike. This, of course, was the astrological world view. The possibility of a creative synthesis of modern and premodern truths may lead to an integration of psychology and astrology in a new, postmodern, astro-psychology.