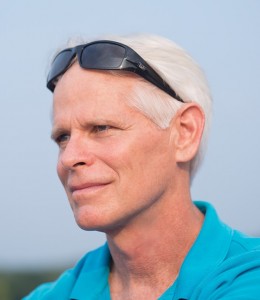 AstroPsychology is a brand of psychological astrology that is characterized by uncommon rigor, structure, and precision. While firmly grounded in horoscopic astrology’s 2000 year tradition, it builds on this foundation by incorporating concepts from depth psychology, the perennial philosophy, and general systems theory.

Jung’s archetypal model is a central thread, but AstroPsychology borrows from other schools of thought, too, including psychodynamic theory and developmental psychology. Forged in the fires of actual psychotherapeutic practice, the resultant synthesis accelerates insight and deepens empathic rapport with clients.

On the face of it, AstroPsychology might  appear to be merely a synthesis of psychology and astrology. But it is much more than that. Each discipline—astrology and psychology—is radically transformed and empowered by its marriage to the other. Indeed, there are so many correlations and possibilities for cross-fertilization that one could easily spend an entire lifetime exploring the connection.

In many ways, astrology was the first psychology in that it constituted an early means for understanding the nature of the human being. Rooted in the premise that cosmos mirrors psyche, the ancients systematically observed how the nature and cycles of the planets corresponded to the nature and experiences of human beings.

For all their brilliance, our progenitors practiced an exceedingly simplistic form of astrology in comparison to what we are capable of today. Here, emphasis should be on the word capable, for much of modern astrology is still mired in the dogma of the past.

Ancient and medieval astrologers were preoccupied with so-called “good” and “bad” planetary positions—malefic planets, evil aspects, debilitations, falls, afflictions, and other such ominous categories of meaning. While they were obviously aware that people were subject to a process of ageing that culminated in death, there was little or no concept of evolution, that is, of the psycho-spiritual growth of the individual. Accordingly, astrology was largely limited to superficial trait descriptions, fated events, and dubious predictions of good and bad times for various enterprises.

While some scholars might argue that ancient astrology was actually more complex and technique-rich than its contemporary offshoots, this should not obviate the fact that our ancient forebears were wedded to a fatalistic and deterministic model of the cosmos that precluded them from appreciating how lived experience—that is, fate—can serve as a catalyst for learning and change, and how learning and change can, in turn, alter fate.

Astrology was largely discredited following the scientific revolution of the 17th and 18th centuries because it was not intelligible within the mechanistic paradigm that constituted the zeitgeist of the new, modern era. Out of this renaissance of scientific thought, psychology was born, and eventually came to replace astrology as our primary means for understanding behavior.

It wasn’t until the first half of the 20th century, following Darwin and then Freud, that the concept of psychological growth and evolution actually entered public awareness. Unencumbered by presuppositions of a fixed character and unalterable fate, early psychologists grounded their theories in that which was observable—human physiology and outward behavior. From these early observations, psychologists developed theories of the human personality.

Psychology was not limited to merely describing types of personality. It was also capable of explaining how people change and develop over time. Developmental psychology evolved in parallel with theories of psychopathology and psychotherapy, the former being concerned with how normal development can be derailed, and the latter with how best to facilitate a process of healing and recovery. In this regard, psychology began to carve out territory that had not previously been explored in the field of astrology.

By the latter half of the 20th century, astrologers began incorporating psychological concepts into their thinking. Practitioners realized that they could benefit from the best of both worlds. Following the lead of Dane Rudhyar, the field of humanistic astrology was born, which triggered a resurrection of astrology in the late 60’s and 70’s. By the end of the 20th century, innovators were exploring how Jungian, psychoanalytic, cognitive-behavioral, and various other models might fruitfully be integrated into a new hybrid—AstroPsychology. This project is ongoing.

While traditional astrology described how human behavior correlated to planetary positions, these descriptions were limited to the surface features of the personality. In contrast, AstroPsychology addresses the interior of the psyche, and does so in terms that are significantly more detailed than its predecessors. For instance, it depicts how astrological configurations symbolize basic needs, developmental stages, psychological functions, cognitive structures, internal dialogues, intrapsychic conflict, unconscious complexes, defense mechanisms, and personality disorders—concepts that did not even exist prior to the 20th century.

Essentially, AstroPsychology is a reformulation of astrology in terms of psychological concepts and practices. Perhaps the defining attribute of AstroPsychology is its focus on integrating the birth chart and thus supporting the human potential for growth and change. Implicit in this approach is a focus on spiritual development; thus, almost by definition AstroPsychology is transpersonally oriented.

Transpersonal psychology is that branch of psychology that incorporates spiritual notions into its framework and as such is a more inclusive school of psychology—a “fourth wave,” as Abraham Maslow called it, following psychoanalysis, behaviorism, and humanistic psychology. One should not, therefore, equate AstroPsychology with conventional notions of psychology and thereby strip it of its transpersonal dimension.

As a transpersonal theory, AstroPsychology adds significant breadth and depth to psychology, transforming it into a more spiritualized model that links psyche to cosmos and reconnects humanity with its divine heritage. In so doing, it challenges the deterministic presumption of psychology that consciousness is merely an epiphenomenon of its biological substrate and social milieu. Biological determinism and social determinism are but modern versions of the celestial determinism that characterized ancient astrology. Determinism is determinism, no matter what you presume the determining factor to be.

The point is that AstroPsychology is decidedly not deterministic; rather, it regards the psyche as its own cause, an eternal, irreducible essence that is self-generating and capable of manifesting in biological and social conditions. This, in effect, is what the chart symbolizes—an exteriorization of the soul’s pattern in terms of physiology, personality, and environment. Material reality is conceptualized as a synchronistic reflection of an innate, pre-existent psychic structure that evolves over time (possibly lifetimes). From this perspective, the psyche is reflected in, but not caused by, the positions of the planets at the moment of birth.

In sum, AstroPsychology is both a personality theory and a diagnostic tool. As a personality theory, it reveals how the structure and dynamics of the psyche are mirrored in external conditions that provide a stimulus to psycho-spiritual growth. And as a diagnostic tool, it provides unparalleled insight into the underlying, characterological issues that cause distress and impairment. Perhaps the horoscope is best understood as symbolizing an unfolding story in which fate is altered by the development and unfoldment of character.