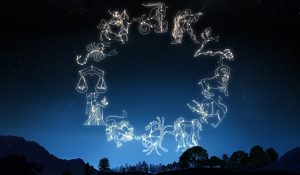 Controversy over the zodiac rears its ugly head with as much regularity as the seasons themselves. If there is one thing we can predict with unerring accuracy, it’s that astrologers will be chided in the media in response to some inane claim by an astronomer that Cancers are really Geminis due to precession of the equinoxes, or there are 13 rather than 12 signs to the zodiac. And even though astrologers refute these falsifications every time, the next year the same charges are leveled again, as if astrologers are a perennially stupid lot. Actually the stupidity is on the other side. Either that, or it is simply willful ignorance.

Most recently there was a NASA story about a mysterious 13th zodiacal constellation, Ophiuchus, which like Mordred in Arthurian legend keeps weaseling his way back into court to cause trouble. He does not, as the saying goes, belong at the round table. According to NASA, Ophiuchus has either been ignored or forgotten by astrologers. The unwanted intruder is said to occupy an 18 degree sector between the constellations Scorpio and Sagittarius.

But Ophiuchus’ existence is irrelevant. The controversy stems from a misunderstanding arising from conflation of the sidereal zodiac, which is based on the stars, with the tropical zodiac based on the seasons. For the past 2000 years, the vast majority of astrologers in the world consciously and deliberately use the tropical zodiac. And it is entirely unrelated to constellations. Zodiacal signs and zodiacal constellations are completely different things despite their sharing the same names―Aries, Taurus, and so on. If astronomers do not already know this, they should. They have been told often enough.

Whereas constellations are arbitrary groupings of stars that have no actual boundaries, zodiac signs are precise geometric angles derived from the equinoctial and solstice points that divide the year into four quarters (seasons). Astrologers further divide each season into three segments of 30 degrees each. Three segments multiplied by four seasons gives us 12 zodiacal signs, which are consistent with 12 lunar cycles in the solar year.

Seasons once corresponded to the predawn appearance of specific constellations―Aries (vernal equinox), Cancer (summer solstice), Libra (autumnal equinox), and Capricorn (winter solstice). But that was over 3000 years ago when astrology first began and ancient astrologers wrongly assumed that the constellations caused the seasons. At that time, the equinoctial and solstice points were exactly in the middle of their respective constellations. However, due to precession of the equinoxes (more on that later), seasons and their old constellational corollaries no longer exactly correspond.

To grasp the significance of this, we have to understand that seasons are not caused by the appearance of certain constellations prior to the rising of the Sun, as the ancients supposed. The four seasons are actually determined by the earth being tilted on its axis at an angle of 23 degrees relative to the plane of the ecliptic (the Sun’s equator). This means that earth’s equator is not on the same plane as the Sun’s equator; rather, it is tilted slightly above and below it, like two interpenetrating hula hoops. If we imagine both equators extending out into space, they intersect twice a year at the spring and autumnal equinoxes, which give us 0 degrees Aries and 0 degrees Libra respectively (See Figure 1). The term equinox means “equal night” (Latin: aequus, “equal” + nox, “night”), signifying that time of year when days and nights are of equal length. 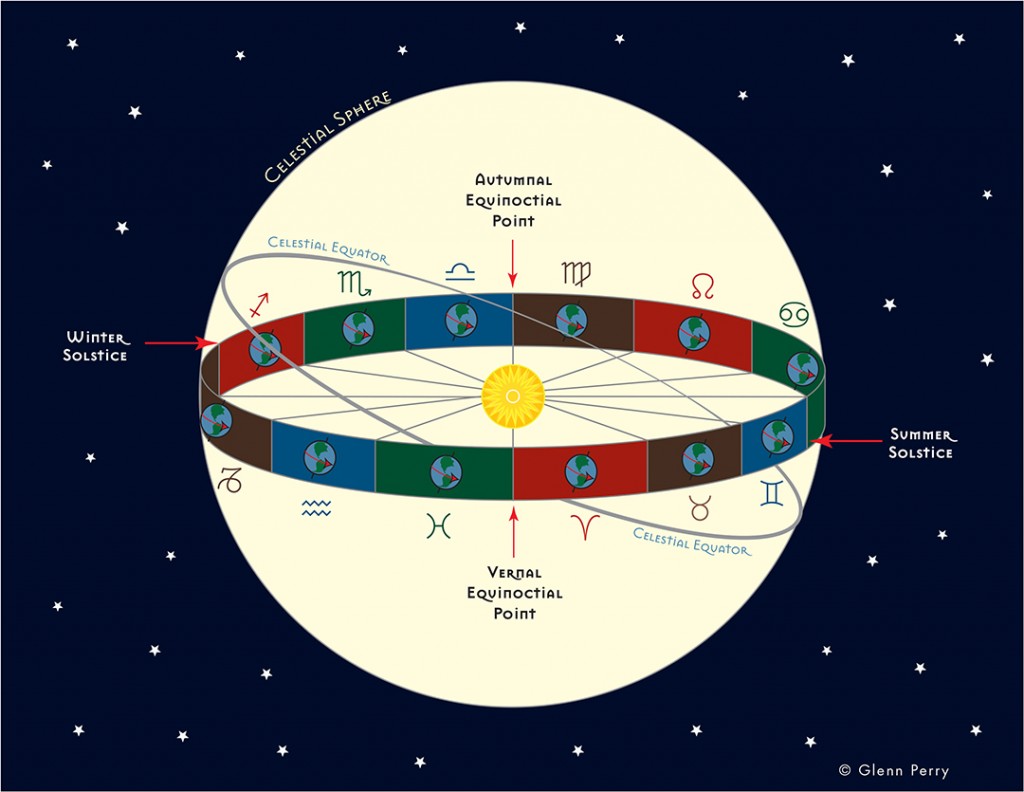 Figure 1: Earth’s Orbit Marking out the Signs and Seasons

In this side view perspective, the colored band with the 12 earth positions is the ecliptic (zodiac), or the Sun’s equator extended into space. Note how the earth’s (celestial) equator intersects the ecliptic at 0° Aries and 0° Libra due to its axial tilt. It is the earth’s position in the opposite sign that places the Sun in its proper seasonal sign. Thus when earth enters Libra (at the top of the image), it is actually the time of the vernal equinox since the Sun will be entering Aries. This entire process is self-contained with no reference to stars beyond our own Sun.

In effect, a zodiacal sign is determined solely by the earth’s annual orbit about the Sun. It is the Sun’s position as seen from the vantage point of earth that determines the Sun’s sign-location. On March 21st (first day of spring), we don’t say the earth is in Aries; we say the Sun is in Aries. This means the earth is actually in Libra at the time of the vernal equinox because the earth is always in the sign opposite the Sun-sign. 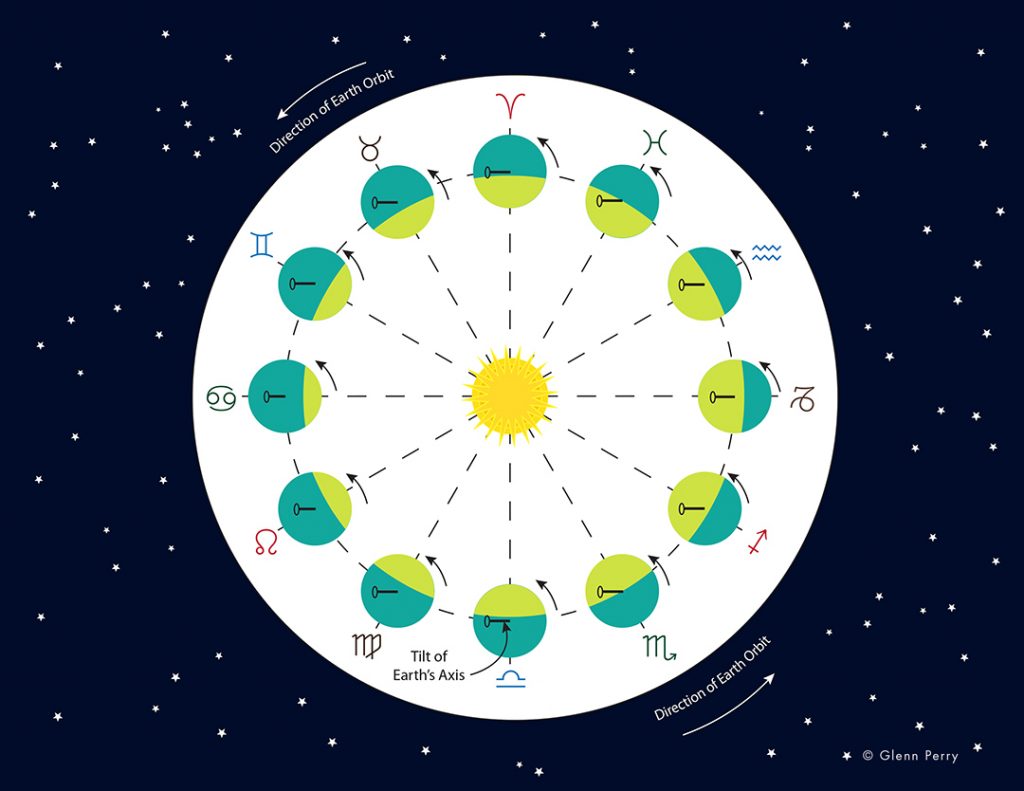 Figure 2: Earth’s Axial tilt Marking out the Signs and Seasons

Overview Perspective: Note the pin at the top of the earth, which signifies the earth’s axial tilt, is at an angle of 23 degrees relative to the Sun’s equator (the ecliptic). As the earth orbits about the Sun in a counterclockwise direction, the amount and duration of sunlight hitting the earth’s surface varies at different times of the year, which is what gives us our seasons. Sunlight is illustrated in the light (yellow) shaded part of the earth, with the darker (green) shaded part signifying darkness. It is the earth’s position in the opposite sign that places the Sun in its proper seasonal sign; thus, when earth enters Capricorn, it is actually the summer solstice, since the Sun will be entering Cancer. Once more, the entire process is self-contained with no reference to stars beyond our own Sun.

Again, constellations have nothing to do with the tropical zodiac. These made-up star groups were initially used by ancient tribesmen for determining the timing of seasonal processes. Appropriate rituals, sacrifices, and activities could then be undertaken in synchrony with nature. For example, the appearance of the constellation Aries just before Sunrise in late winter heralded the return of spring.

Each time of year had its own quality. Zodiacal signs are metaphors of seasonal processes occurring in nature. Aries is spring-like as nature is heating up and new life is sprouting, bold and fresh. Scorpio is transformational as leaves are turning colors, falling to the ground, and nature is dying. Capricorn is winter-like, signifying when nature is maximally contracted, days are short, and austerity is required. In effect, the starry heavens comprised the ancient calendar and were a means for organizing time into discernible segments and qualities. The constellations also became a convenient backdrop for determining planetary positions in the night sky. Constellations varied considerably in size, however, from less than 20 degrees to more than 40.

Because the original constellations were artificial divisions of the night sky into radically unequal sectors, measurement of planetary positions was problematic. By 500 BCE, which was the beginning of true, horoscopic astrology, the Babylonians augmented their computational and predictive accuracy by constructing a formal, twelve-sign zodiac of 30 degrees each, again anchoring the vernal equinox in the constellation of Aries.

For computational and predictive purposes, once a schematic calendar was divided into twelve 30-day months of twelve 30-degree signs anchored in the vernal equinox, the zodiacal constellations became somewhat superfluous. Nevertheless, Babylonian astrologers continued to locate each cardinal point (equinoxes and solstices) roughly in the center of their corresponding constellations, thereby linking signs with their constellational corollaries so that stars retained their function as calendrical markers. This is the key point: the zodiac was a mathematical construction meant to coincide with the seasons. As such, it served a calendric purpose. Seasonal predictability was the whole impetus behind calendar keeping, and calendar-keeping is the foundation upon which astrology rests.

Over time, however, it became clear there was another problem. The star in the constellation Aries that marked the first day of spring appeared to be drifting forwards away from the vernal equinox at a rate of 1 degree every 72 years. What was actually happening was that the vernal point was slowly drifting backwards toward the constellation of Pisces. By 134 BCE, the Greek astronomer Hipparchus labeled this phenomenon the “precession of the equinoxes”. While no one had the foggiest idea why it occurred (we now know it’s due to earth’s wobble on its axis), it was becoming increasingly apparent that the constellations were unreliable markers of the equinoctial and solsticial points.

If a zodiac marking the seasons was to remain accurate, it had to be divorced from the constellations. Hence was born the tropical zodiac based on the actual date of the vernal equinox―that is, when days and nights are of equal length―rather than on a star in the constellation Aries that no long aligned with the proper date. In the 2nd century CE, following the lead of Hipparchus and others who adopted the vernal point as 0 degrees tropical Aries, the illustrious Greek astronomer Ptolemy formally established the tropical zodiac as independent of the constellations. However, the fact that the signs retained the names of the constellations to which they once corresponded continues to cause confusion to this day.

Here’s the upshot: it’s irrelevant that due to the earth’s wobble the vernal equinox is slowly drifting backwards (precessing) through the constellations, and thus each sign and its constellational namesake are no longer in synch. And it makes no difference if NASA wants to include a 13th constellation in the zodiac. For the actual zodiac is independent of the constellations. When astrology first began, our forbearers did not know this. But we do now. Regrettably, zodiacal constellations have become conflated in the public mind with zodiacal signs of the same names. But despite having the same names, signs and constellations are not the same thing. 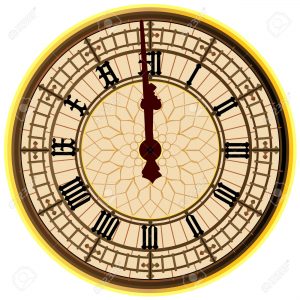 An easy way to understand the problem is to imagine a clock with an hour hand that moves slowly around the circle of the clock. When the hour hand is straight up, it’s 12 pm. When it moves 30 degrees clockwise, it is 1 pm, and so on. With each 30 degree movement, there is a new number behind the hour hand. Imagine these numbers are painted on a wheel that slowly rotates away (precesses) from their original positions. Now when the hour hand is straight up, the number 11 is behind it, and when it moves 30 degrees clockwise, you see the number 12. The numbers have moved, but what determines the time is the angle the hour hand makes to the top of the clock. Even if there were no numbers (or if extra numbers were added) you would still know the time simply by looking at the angle of the hour hand to the top of the clock. If it was 90 degrees before returning to the top, you would know it is 9 pm regardless of the number that resides at that spot. While the numbers behind the hour hand are a convenience, they are largely irrelevant.

Our clock is analogous to the zodiac. The hour hand is the earth’s orbital movement about the Sun (with the Sun at the center of the clock). At the top of the clock is the vernal equinox, or 0 degrees Aries. Every 30 degree movement is a new sign. The numbers on the clock are the constellations. Just as numbers slipping away from their original positions does not change the time, so a new constellation behind the Sun at the vernal equinox does not change the sign Aries. When constellations slowly drift out of synch with their corresponding signs (due to precession), it does not matter. For it is the angle the earth makes to the vernal equinox that determines a sign, just as it is the angle an hour hand makes to the top of a clock that determines the hour. The angle is what counts, not the number or constellation behind it.

← A Tale of Two Hermes: Trump & Hillary's Mercury Aries as the Sensorimotor Stage of Development →